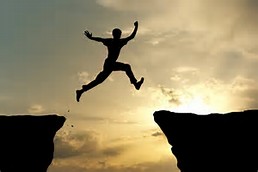 The Fairbanks Drama Association reports that the number of entries grows each year. That’s exciting, but what I think is even cooler is the fact that several of this year’s winners had never written plays before. How’s that for getting out of your comfort zone?

Learning to write in a new medium might have been exhilarating, but I expect some terror was involved. Isn’t the roller-coaster ride part of being any kind of writer?

If you’re already writing a blog you know that some days are easier than others. Thinking of starting a website? Unless you’re supremely self-confident, it’s likely that you’ve had some version of this thought: Why would anyone want to read me? What if nobody does?

Maybe one (or more than one) of those beginning playwrights felt that way, too. Yet look what happened: a brand-new work of art and the realization that getting out of one’s comfort zone can be tremendously rewarding.

I won’t lie: The odds of being read right away aren’t in your favor. The blogosphere is crammed with people all jostling for our increasingly fragmented attention. That’s no reason not to start, though. If you never try, you’ll never know whether you could have done it.

Or perhaps you’re doing this for yourself (i.e., you write because it’s in you to write). Developing a reader base would be swell, too, especially if your readers, like mine, leave thoughtful and intriguing comments. But in the end you’d write even if you knew no one listened.

Whether you’re writing a blog or a book, producing poetry or screenplays, you still face the same kind of challenge: to believe in yourself enough to keep doing it. Putting words on paper isn’t always as easy as it looks in the movies. Sometimes it’s because you have so much to say that you don’t know where to begin; sometimes you’re so afraid of doing it wrong that you do nothing at all.

The next time writer’s block hits I’m going to remember those newbie playwrights from 8 x 10 festival. They’d never written plays before but somehow they came up with ideas and learned to work within the constraints of the genre (the need to tell an entire story through dialogue and in 10 pages or fewer).

Surely they had moments of self-doubt. They ended up in the festival anyway. Sometimes you write because it’s in you to write, and sometimes it’s because something inside you must be written.