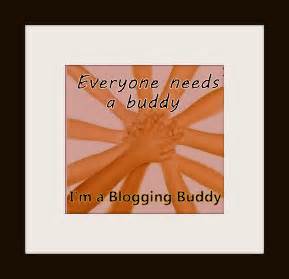 Blogging can be a surprisingly isolating gig. I say “surprisingly” because the whole point of a blog is to put your ideas out into the world. You’re sharing yourself every time you hit “publish.”

Why, then, do we sometimes stare at a screen, feeling so alone?

Or wonder whether we should hit “delete” on what we’ve just written?

These aren’t necessarily cases of writer’s block. They’re more like writer’s ennui. We aren’t clear on an idea. We’re not sure it belongs on the blog. We’re intrigued by a topic but not sure where to start.

Collaboration can make all the difference. That doesn’t necessarily mean co-authoring, though. Sometimes you just need a writing buddy, i.e., a sounding board who can hear an idea or read a draft.

My daughter and I both attended the 2013 Financial Bloggers Conference. On the second day we were asked to quickly turn out a short talk about collaboration and present it the next afternoon.

When I say “quickly,” I mean really quickly: J.D. Roth queried us in the afternoon, when there were still plenty of events to attend, and we’d been invited to a dinner that lasted until well past 11 p.m. It was almost midnight before we started roughing out the details.

But that’s the beauty of collaboration: With both of us scribbling notes and talking out loud, the ideas quickly gelled. Solo brainstorming isn’t nearly as fruitful as tandem musing.

Let’s just say we were both in bed before 1 a.m. – and that included time to brush and floss.

Here’s the result — and again, I’d like to stress that it was co-written by Abigail Perry of IPickUpPennies.net.

Donna: J.D. asked us to collaborate on a short talk about … collaboration. We’re not talking about sharing credit for an article or writing for each others’ sites. Instead, we’re talking about what we call “chewing on a post.”

What this means is a kind of pre-writing dialogue. Some posts are easy to write. Others take a lot more thought: You know what you want to say but you can’t get started. Or you know your basic points, but you haven’t hashed out the finer details.

If we can’t quite articulate what it is that amazes us, confounds us or pisses us off, we’re not ready to write. So the one of us who’s stuck will call or e-mail, and the other person listens.

Abigail: I generally know what I want to say – I just need a sounding board. It helps me to develop the idea and what form I want the article to take.

Sometimes I call asking a question and other times I e-mail a rough draft. Or I’ll be considering a post topic and bring it up during a regular phone conversation.

And, yeah, occasionally it’s one of us calling in desperation: “I want to do ‘5 Ways to Save Money on a Home Autopsy’ and I have only four. Got another one?”

What happens next? It can be anything from suggestions to actual editing. Some ranting, maybe a joke or two that ends up in the post. I might point out a claim or argument that hasn’t been properly supported. Mom might say, “You buried the lede.”

Apparently not all of you have relatives who blog about personal finance, too. (Weirdos!) But look at all the people you’ve met since Thursday or at the other two FinCons. Lots of options for writing buddies there. Or you could start a writing group on Facebook. Maybe you could do a Google Hangout for deeply stalled bloggers.

Donna: What can this kind of collaboration do for you? You learn to develop your themes more fully, so readers get more thorough and well-reasoned articles. You take on tougher subjects you were afraid to tackle. You can help your writing buddy when he or she gets stuck.

Best-case scenario: You get a virtual pat on the head and a “Great post!” You may also get that that fifth example of how to save money on a home autopsy.

Not everyone gets to attend FinCon or any other writing conference. But you might be able to start up that Facebook group, an online writing club or even a regular hangout at a local coffeehouse or bar.

I belong to a monthly writers’ group that’s hosted by my best friend. (She has the biggest living room.) Although there’s quite a variety of writing going on – I’m the only blogger – we can discuss the sorts of things that writers of all types experience.

Successes and failures. The challenge of finding time to write. Serious blocks and how we might overcome them. The difficulty of dialogue. How much to charge for an article.

Some of it is real blue-sky stuff: When I finally get an agent; if I can afford that research trip; maybe my independent film will be picked up by national public television.

And some of it is just blowing off steam because let’s face it, our significant others and workplace colleagues generally can’t understand what it’s like to be a writer. They want to be there for you but they really don’t get it.

Collaboration might the answer for you, too. So get yourself a writing buddy. But don’t try any home autopsies.