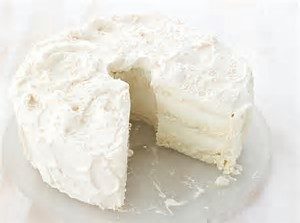 A post by Suzan St Maur had me laughing out loud recently. In “Vanilla sex: Here, have another helping,” the writer, coach and humorist applied the idea of “vanilla” (boring) to concepts other than sex.

“Vanilla Politics: Politicians, usually at local government level, who … hate cutting ribbons and are useless at kissing babies – and expect to justify their existence merely by represent the interests of their electorate.”

“Vanilla Friends: Friends who offer you absolutely nothing in the way of valuable social contacts, wild nights out on the town, parties straight out of Hollywood and air-kissing companionship … and simply exist on the basis of always being around when you need them.”

But it was her “vanilla blogging” example that got my attention.

That, she said, is “the sort of blog post that is so painfully original and interesting, it makes your eyes ache for some refreshing SEO over-optimized, spun text that is a comforting jumble of words which makes absolutely no sense whatsoever.”

After I finished chortling, I wrote a post on how “vanilla” can also apply to personal finance. Since then I’ve decided it is relevant to freelancing, too. For example, here’s my spin on her “vanilla blogging” category:

Vanilla blog posts. Sometimes a writer catches lightning in a bottle, i.e., writes something that blows up the Interwebz*. He or she is instantly famous, at least for 15 minutes, and may even parlay this fleeting fame into something more lasting.

That probably won’t happen to you. But how lovely if it does, because it will cause a huge spike** in readership. That’s not the reason to write something, however. Do your best work, but remember that you can’t make it go viral – it either will or it won’t.

Giving it your all (within reason)

Writing for someone else? Think about…

Vanilla assignments. That is, good work that helps others, whether that’s with practical advice or just plain entertainment. (It also helps you, by bringing in money.)

Relatively few of us will get the chance to interview our favorite famous authors, or follow  actors/rockstars on the road, or be sent out with expense accounts to determine the best Bloody Mary/cupcakes/prime rib in every state. But you’re doing the world a service by writing articles, stories, plays, novels or screenplays that entertain, engage and, who knows, maybe even teach.

Give a piece everything you can afford to give it*** but don’t count on getting famous from any single assignment. However, keep in mind that your work might actually change someone’s life. If you’re lucky, that person will write to tell you so. (Every time that happens, it just makes my day.)

While writing for others, you may be lucky enough to encounter…

Vanilla editing: The gigs many freelancers get aren’t going to be parsed syllable by syllable for relevance and cosmic meaning. A quick read-through and some basic formatting are often the only things that happen before your work is thrown out into the world.

How wonderful it is, then, to have an editor who gives a darn. At times you may luck into a person who gives you information you can use to make your work better, both now and in the future. Make it your business to learn from these people.

You might even consider thanking the editor at some point. (“Over the past few months I’ve noticed an improvement in my writing. Just wanted to say how much I appreciate both the assignments and the chance to work with you.”)

Whether you’re writing for yourself or someone else, engage in some…

Vanilla research: When I went to college in midlife, all my professors felt the need to make this announcement on the first day of class: “Wikipedia is not an approved academic source.”

It is, however, a good place to start because of its bibliographies. But visit those original sources on your own vs. taking Wikipedia at face value. Vet all other research carefully, since there really is a lot of fake news out there. (You’ll also see a ton of articles written by people trying to sell products.)

Being smart about your sources is the heart and soul of vanilla research. For example, an article for a national magazine means a big enough paycheck to do some serious digging. But if you’re being paid just $50 to write an article about how to apply for student loans, don’t get the meat of your research from hours spent reading personal finance blog posts. Go straight to a site like StudentLoans.gov or StudentAid.ed.gov.

And speaking of payment…

Vanilla paychecks: Freelancing can be surprisingly lucrative, especially if you write in a specialized niche. However, some people write for as little as $25 per post, happy to be earning at least something. (I really, really dislike the phrase “Think of the exposure you’ll get on our site…!” Landlords, supermarkets and utility companies don’t accept “exposure.”)

A happy medium exists: Payment that recognizes the research you did and the skill with which you translated that into an educational and/or entertaining article. Don’t undervalue your work!

In my own 30-plus years of professional writing I’ve encountered all sorts of shenanigans. Editors who nitpick every word choice for no real reason other than the fact that they seem to like their own words better. Payments that arrive late, sometimes months late.

One designer basically called me a liar when my extensive local reporting turns up nothing to support the designer’s high-concept ideas. A magazine guy demanded a total rewrite – without extra compensation – because he changed his mind about the assignment’s focus after I turned it in. (I chose to take the kill fee and never work with him again.)

A couple of years back I did a project for a company that will remain nameless because just typing it would make me ragey. The company hired a temporary editor and me – and then, unfortunately, to involve its stodgy public relations department.

I am not exaggerating when I say that I spent at least 50 hours just on rewrites and additional research every time the company changed its mind. (“Hey, you know what? All the cool kids are talking about [buzzword X]! Why don’t we include that?” And then, after reading what was sent, “Well, it’s okay but you know what would be really exciting? Some edgy millennial entrepreneurs! Can you go find some of those?”)

Ultimately I got paid more for the work. But not enough to deal with the tooth-grinding stress, or the dread of seeing a certain area code on the caller ID. By the end of that assignment, “vanilla” would have been a mighty tasty alternative.

*Back in the day I did what I thought was a one-time piece called “Surviving (and thriving) on $12,000 a year.” While I believed it would help people with their own money issues, I couldn’t have known it would go viral (in fact, the term hadn’t been invented yet), let alone that it would ultimately result in my being hired to create the Smart Spending blog for MSN Money.

**Want to keep those looky-loo viewers? Give them something worth reading. If by chance something does go viral and they notice that this was the first post you’d written in six months, they might not stick around. Try to post at least once a week, and make it sing.

***If you’re being paid $25 for an article, don’t spend 10 hours researching it and three hours writing it. Please.