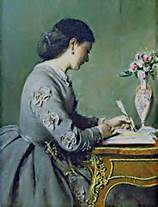 Back in the early 1980s a writer I know earned a residency at the Hedgebrook writing retreat for women writers. The experience crystallized writing as a concept. Specifically, it defined it as a vocation.

That happened when the writer tried to help clear the table after dinner and the residency director told her to knock it off – she’d already done her work for the day. It was the first time anybody had said writing “was a real job,” she said later.

The writer was Dana Stabenow, and she went on to hit the New York Times best-seller list. Since then she’s published nearly three dozen books and shows no signs of slowing down. And now Stabenow is creating her own writing retreat for women.