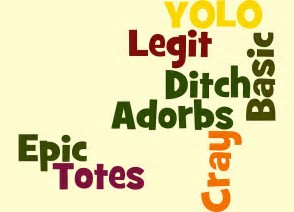 McPhee read a list of things mentioned in one of his articles and asked the teens to raise their hands whenever they recognized something.

The entire class knew “Woody Allen.” Only five students knew who Norman Rockwell and Truman Capote were. None of them knew recognized Sophia Loren, Bob Woodward or Samuel Johnson.

The idea was not to embarrass the youths, but rather “to emphasize the brief shelf life of cultural references,” Dirda writes.

“Prose that overindulges in the hip can quickly grow incomprehensible or dated. Today’s ‘woke’ and Adele are yesterday’s ‘keen’ and Dinah Shore. So little abides and the present inexorably overwrites the past.”

And that, all you writers and writers-to-be, is extraordinarily important. A couple of decades from now, will anyone be able to understand what you meant? How about five years from now?

Obviously some of the articles we write for pay will be intensely focused on the present: the national opioid epidemic, a stock market tumble, the co-sleeping controversy. But will your writing always be about the flavor of the month?

If you’ve had a personal blog for a while, go back to its beginnings and read forward. Those that overdid the slang or focused on a short-lived TV show, an exercise trend or a specific food fad probably no longer seem quite as fresh. Yet at the time, such language was on everyone’s lips and the subject matter enthralled you (and  maybe the rest of the nation).

There was a time when we were bombarded by Pokemon Go. Blog posts, news broadcasts, newspaper articles all trumpeted the player injuries, trespassing charges, car accidents and armed robberies resulting from the cellphone craze that made the world go a little bit mad last summer.

Know anyone who’s still writing about, or even talking about, Pokemon Go?

As I note in my Write A Blog People Will Read online course**, some people rely heavily on current slang and pop culture references – especially the online versions of such – because they don’t trust their own voices:

“I see blog posts written inverted pyramid style, yearbook style, 9th-grade-English-essay style and hey-girlfriend! style. I see slang that not only sounds forced but will quickly date the piece and maybe embarrass the writer five years from now.

“Attitude isn’t voice. Neither is relentless snark, or hip-weltschmertz. Those things can be elements of voice, just as voice is an element of writing. But it’s hard to sustain post after post solely on fey wit or ‘another sign the apocalypse is upon us’ moans. You’d have to be a much better writer than most of us are.

“…(What) is your goal as a writer: Merely to pull in page views, or to contribute to the conversation?

“To out-obnoxious other writers by larding your copy with slang words for genitals or phrases like ‘financial retard’? Or to provide information that can help people change their lives?

“If you’re a number monkey, pure and simple, more power to you. If you actually want to help people understand your topic, pay attention to your writing – and do it in your true voice.”

Writers, remember this: Imitation is the sincerest form of flattery but it pretty much guarantees you’ll be indistinguishable from those whom you echo. So ix-nay on the ang-slay (see what I did there?) and ease off on the pop culture, already.

You might have to write that way at least some of the time, if you’re a freelancer. As a longtime newspaper reporter I covered stuff that was ephemeral beyond belief. Still do, sometimes, on my personal blog. But I want most of my writing to be readable, and maybe even relevant, for longer than a year. Or maybe even a month.

*McPhee’s book is “Draft No. 4: On The Writing Process,” and it’s available for as little as $11.99 on Amazon. If you can’t afford to buy it, ask your local library to order it.

**I’ll send a free copy of the “Got Voice?” chapter of my writing course to the first five people who ask; write to me at SurvivingAndThriving (at) live (dot) com.