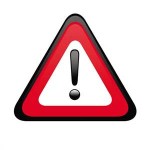 F. Scott Fitzgerald allegedly said that using exclamation marks is “like laughing at your own jokes.”

It’s pretty simple, really: The exclamation point connotes “a high degree of surprise, incredulity or other strong emotion,” according to the Associated Press Stylebook, which strongly suggests that you “avoid overuse.”

I see waaaay too many exclamation points online. A few examples* for you:

In these (and countless other) cases the writers are using exclamation points willy-nilly, as if to let readers know they should be really! excited! about their topics. But sleeping late or buying at a high-end store is not exciting.

If everything is awesome,** then nothing really is.

And if you’re writing about a highly charged subject? As preschool teachers say, “Use your words.” Write with clarity and urgency and we’ll understand how it felt when your girlfriend left you and took the rent money with her, or that holding your firstborn was so, so worth the 36 hours of labor it took to get him.

The right words will suggest those strong emotions. Exclamation points are like being told how to feel. Which is really annoying!

To paraphrase Mr. Fitzgerald, using an exclamation point is like hearing a pointless or downright offensive joke from someone who then starts jabbing you with his elbow: “Get it? Get it? [jab] Isn’t that hilarious? [jab, jab] Isn’t that the funniest thing you ever heard in your life? [jabjabjabjabjab]”

It’s no fun when that happens. Don’t do it to your readers! Instead, write with passion and purpose. They’ll get it. I promise!

P.S. Go back and re-read this short piece. If the egregious overuse of exclamation points didn’t register the first time, it should now.

*The examples are slightly changed so as not to hold the authors up to public scorn.

**If you saw “The LEGO Movie,” chances are your brain will replay that song all day. You’re welcome.